My research feeds on a consideration about the active responsibility of an artist towards the contemporary social shape, then firmly criticize the current art system, structured – with a few rare exceptions – on entertainment and economical dynamics of the cultural industry.
Facing the changing and the conflicts now playing out, I propose actions capable to fight isolation and constraint, that are both perpetuated by the present system of power devoted to marginalize all the proposals that are not conform to the marketing diktats, or even to co-opt them, making every opposition unoffensive – and uninfluential – as for the actual matter of facts.
My proposal is based on a continuous and consistent act of presence and uses a performative methodology of research. The aim is shaping the progression of the knowledge gained through the preparatory phase. At the same time the practice insists on the continuous redefinition of its assumptions, enriching itself with the collected trans-disciplinary contributions.
What’s on the screen or on the stage – objects playing actors, actors playing objects – offer itself (and suffer) as a simply bare part unable to take up an univocal and permanent form. I’m moving on this uneven field, consciously staging my personal effort searching in vain for an artistic not entertainment proposal. Spoiling with no mercy the ruins of the theatre, the ruins of the visual communication’s crowded arena and the ruins of the actor – subject and object at the same time – who turns (and hurts) the urgency of the speech into a vision. 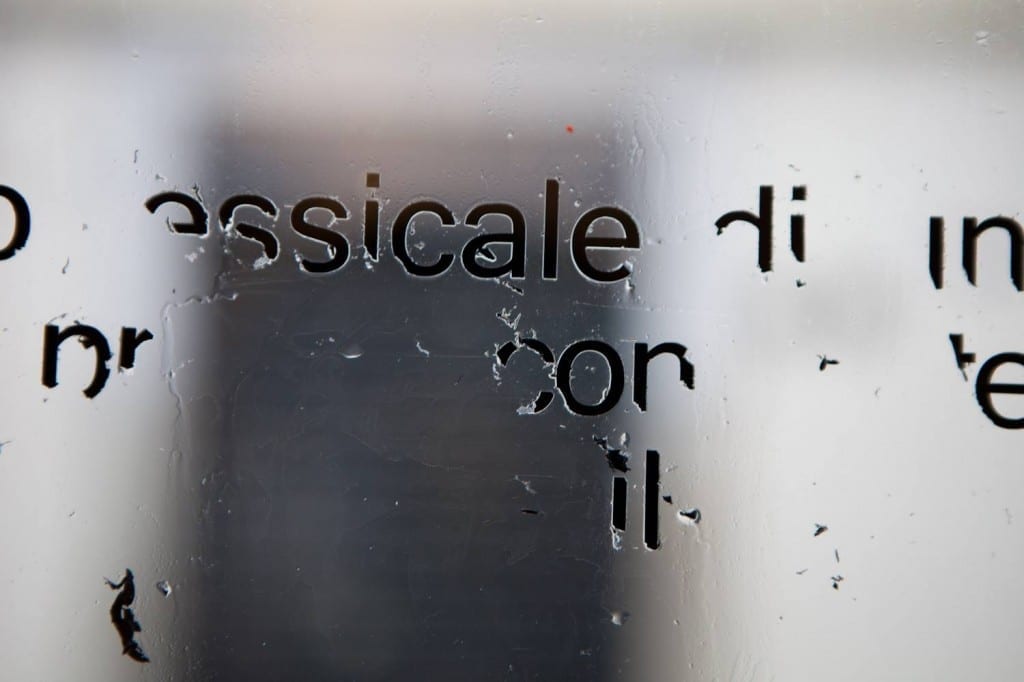